Affiliate disclosure: As an Amazon Associate I earn from qualifying purchases. All opinions remain my own. You can learn more about our editorial policies here.

The benefits of practicing yoga have been proven time and again across studies in recent years. The physical, mental, and spiritual health improvements experienced by its practitioners are undeniable. However, many beginners shy away from beginning their journey because they feel overwhelmed with information about what type of yoga would work best for them.

This article will provide you with simple guidelines on how to choose the right style of yoga to meet your fitness goals without risking any serious injuries along the way. Read on!

There are various reasons why one should consider adding yoga into his daily routine. Apart from enhancing overall well-being, it also provides numerous other opportunities for self improvement such as boosting moods, reducing stress levels, managing blood pressure, improving digestion, increasing energy levels, etc. Practicing yoga even once per day will show significant results over the long term if done consistently.

What Are Different Styles Of Yoga?

Yoga has existed for thousands of years before being introduced to Western society. It was originally developed in India where ancient yogis discovered several ways to achieve inner peace through meditation and controlled breathing techniques.

These methods were later adapted into postures named asanas which could be easily performed by anyone regardless of age or gender. Although modern yoga focuses more on these poses than meditations nowadays, this does not mean that there aren’t any meditative styles of yoga today.

Many yoga teachers may teach classes based purely on meditations or breathwork alone. In fact, most instructors prefer students to begin learning yoga only after understanding the basics of asana since both aspects play important roles when it comes to achieving true relaxation through proper alignment.

As mentioned above, there are multiple schools within each category. Therefore, choosing between them depends on personal preference and experience level. If you have never tried yoga before but want to learn something new, I recommend starting off with beginner’s classes until you know whether you like it or not.

Once you’ve decided, go ahead and try out other styles too. You might find yourself liking more than just one school. That said, if none of the traditional forms appeal to you, don’t worry. There are plenty of unique variations of yoga available online that you can follow along with from anywhere. A good place to start looking into is YouTube.

Here are three popular styles of yoga that you can try anytime.

If you’re familiar with Bikram Chaudhary, aka Bikram Yoga, then you’ll understand what power vinyasa means. Power vinyasa refers to fast paced sequences that require intense focus and concentration due to high heat levels. This particular style originated in Los Angeles, California back in 1966. It was created by Bikram Choudhury (a former Hollywood actor) who wanted to introduce hot yoga to fellow Americans. His goal was to bring awareness to the importance of exercise and healthy lifestyle choices in order to prevent chronic diseases. Nowadays, his studio in New York City attracts hundreds of students every week despite having limited capacity.

Pros – Great workout that gets your heart rate up quickly.

Cons – Class size is small so instructor tends to move around frequently during class. Also, high temperatures make it hard to breathe properly.

Dr. K.S. Iyengar founded this form of yoga in 1974. He believed that everyone had the ability to benefit from yoga no matter his current condition or disability. While he initially started his research in London, England, he eventually moved to Pune, India to study Indian classical music and dance under renowned masters. After completing his education, he returned to America to further his research on human movement. At present, Dr. Iyengar has dedicated himself exclusively towards teaching others about yoga and helping individuals improve their quality of life through the practice of yoga.

He believes that the key to bettering oneself lies within the mind and soul rather than the muscles and joints. He often encourages his students to stretch beyond pain threshold in order to truly reap the full potential of yoga. One of his famous quotes goes, “We must first learn to listen to our bodies, so they can tell us what adjustments need to be made”.

According to Dr. Iyengar, asanas (poses) are merely tools used to open the channels of communication between the brain and the nervous system. Without the correct mindset, however, these poses become obstacles instead of bridges. By focusing on the flow of consciousness, rather than simply doing things, one learns to observe thoughts and feelings much easier. This leads to higher states of consciousness that allows him to develop deeper relationships with others and himself.

One of the main philosophies behind his method involves adjusting poses gradually in order to avoid injury and strain. On top of that, he teaches students how to perform certain poses safely using props to lessen joint pressure. Another aspect of his approach deals with resting the entire body correctly following completion of each individual posture. When working with patients suffering from arthritis, spinal cord injuries, low-back problems, cerebral palsy, stroke victims, etc., he utilizes special mats that cushion impact forces as opposed to stiff foam ones.

A typical Iyengar Yoga Session normally begins with warmup stretches followed by a few sessions of savasana (corpse pose). Then, participants receive instruction on how to do various poses step by step. Finally, they end the session with transition poses that allow participants to slowly change their position from sitting to lying down. Students typically spend 45 minutes to an hour performing these routines 2 times per week. Most sessions last 60 days although longer duration programs exist as well.

Pros – Provides thorough explanations on how to adjust poses accordingly.

Cons – Classes tend to be lengthy and boring especially for beginners. Not suitable for children.

Its primary objective is to promote optimal health and wellness rather than developing athletic skills. Unlike other styles of yoga, restorative yoga places less emphasis on speed and intensity. Instead, it focuses solely on technique and safety. Participants may remain in poses for extended periods of time as long as possible in order to relax completely. Some poses may take hours to complete unlike power vinyasa where participants finish in mere minutes.

The basic philosophy behind restorative yoga revolves around slowing down the pace of life. According to founder Richard St John, the purpose of yoga isn’t necessarily to build endurance. Rather, it aims to create balance and cultivate calmness within the practitioner’s daily activities. He believes that yoga helps align the chakras and improves circulation throughout the body.

Cons – Difficult to maintain consistency unless you live near a studio. Can lead to boredom if practiced without variety.

How To Practice Any Style Of Yoga Safely

No matter what style of yoga you decide to pursue, always remember that safety should be your number one priority. Proper alignment plays a huge role in preventing injuries and strains. Even though your teacher knows exactly what she’s doing, mistakes happen sometimes.

Always ask their permission whenever you feel uncomfortable performing a pose. Never force anything upon yourself. Take breaks appropriately during your practice to give your muscles a chance to recover. You may also want to avoid practicing yoga if you’re sick, pregnant, or menstruating.

Above all, listen to your body and don’t compare yourself to others. Yoga is a personal journey that should be enjoyed at your own pace.

So, now you know the different types of yoga and their benefits. Which one will you choose?

How to Do the Yoga Pose Camel – Guide for Beginners

Learn the Different Types of Yoga 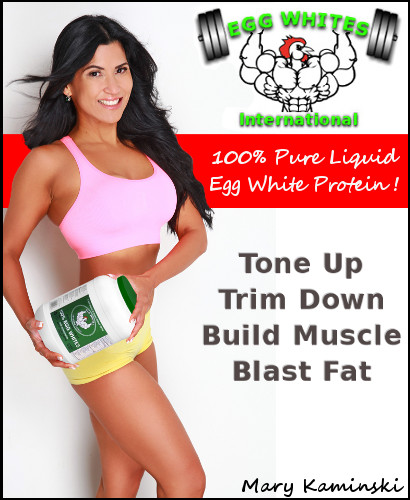 Pros and Cons of Pre-Workout Supplements

How to Use A Kettlebell to Get Gains

Pros and Cons of Pre-Workout Supplements

Learn the Different Types of Yoga

ABOUT US
Project Rise Fitness is your source for the highest quality fitness and nutrition information. We provide advice to not only allow you to reach not only your fitness goals but complete well-being. In addition, you can find a variety of lifestyle news, latest fitness trends and gear reviews.
Contact us: mason [at] projectrisefitness.com
FOLLOW US
© 2022 ProjectRiseFitness.com
We use cookies on our website to give you the most relevant experience by remembering your preferences and repeat visits. By clicking “Accept”, you consent to the use of ALL the cookies.
Do not sell my personal information.
Cookie SettingsAccept
Manage consent

This website uses cookies to improve your experience while you navigate through the website. Out of these, the cookies that are categorized as necessary are stored on your browser as they are essential for the working of basic functionalities of the website. We also use third-party cookies that help us analyze and understand how you use this website. These cookies will be stored in your browser only with your consent. You also have the option to opt-out of these cookies. But opting out of some of these cookies may affect your browsing experience.
Necessary Always Enabled
Necessary cookies are absolutely essential for the website to function properly. These cookies ensure basic functionalities and security features of the website, anonymously.
Functional
Functional cookies help to perform certain functionalities like sharing the content of the website on social media platforms, collect feedbacks, and other third-party features.
Performance
Performance cookies are used to understand and analyze the key performance indexes of the website which helps in delivering a better user experience for the visitors.
Analytics
Analytical cookies are used to understand how visitors interact with the website. These cookies help provide information on metrics the number of visitors, bounce rate, traffic source, etc.
Advertisement
Advertisement cookies are used to provide visitors with relevant ads and marketing campaigns. These cookies track visitors across websites and collect information to provide customized ads.
Others
Other uncategorized cookies are those that are being analyzed and have not been classified into a category as yet.
SAVE & ACCEPT